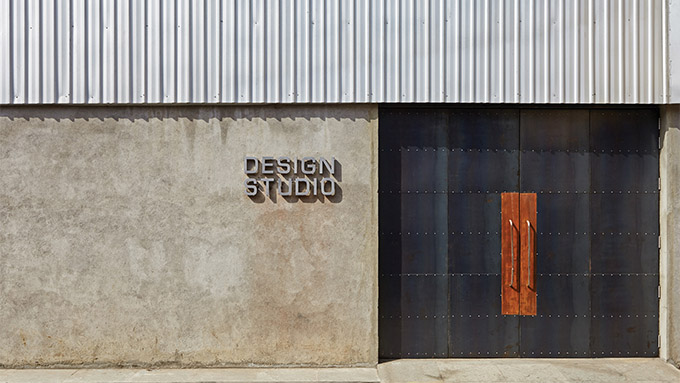 The client wanted to create a cutting-edge design studio where the designers would style their latest vehicles, and which needs to have an emotive quality that could energise and inspire thoughts; while modern, it should also maintain a sense of its origins.

Nestled amongst similar contiguous sheds with lush greenery amidst a concrete jungle, the site for the studio is within Mahindra and Mahindra’s (M&M) 64-acre vehicle factory in Kandivali, which consists of five existing low-lying sheds. The place is reminiscent of Mumbai’s bygone decades and is perhaps the last of industrial campuses that occupied land on the highway of what was previously the outskirts of a fast-growing city.

The site is characterised as distinctly industrial with surrounding buildings that are rather older versions of prefabricated steel types—made with handheld tools using standard rolled steel sections that were fabricated, welded and bolted at site. The old buildings were identical for most parts but with the irregularities and imperfections that arise out of being handmade.