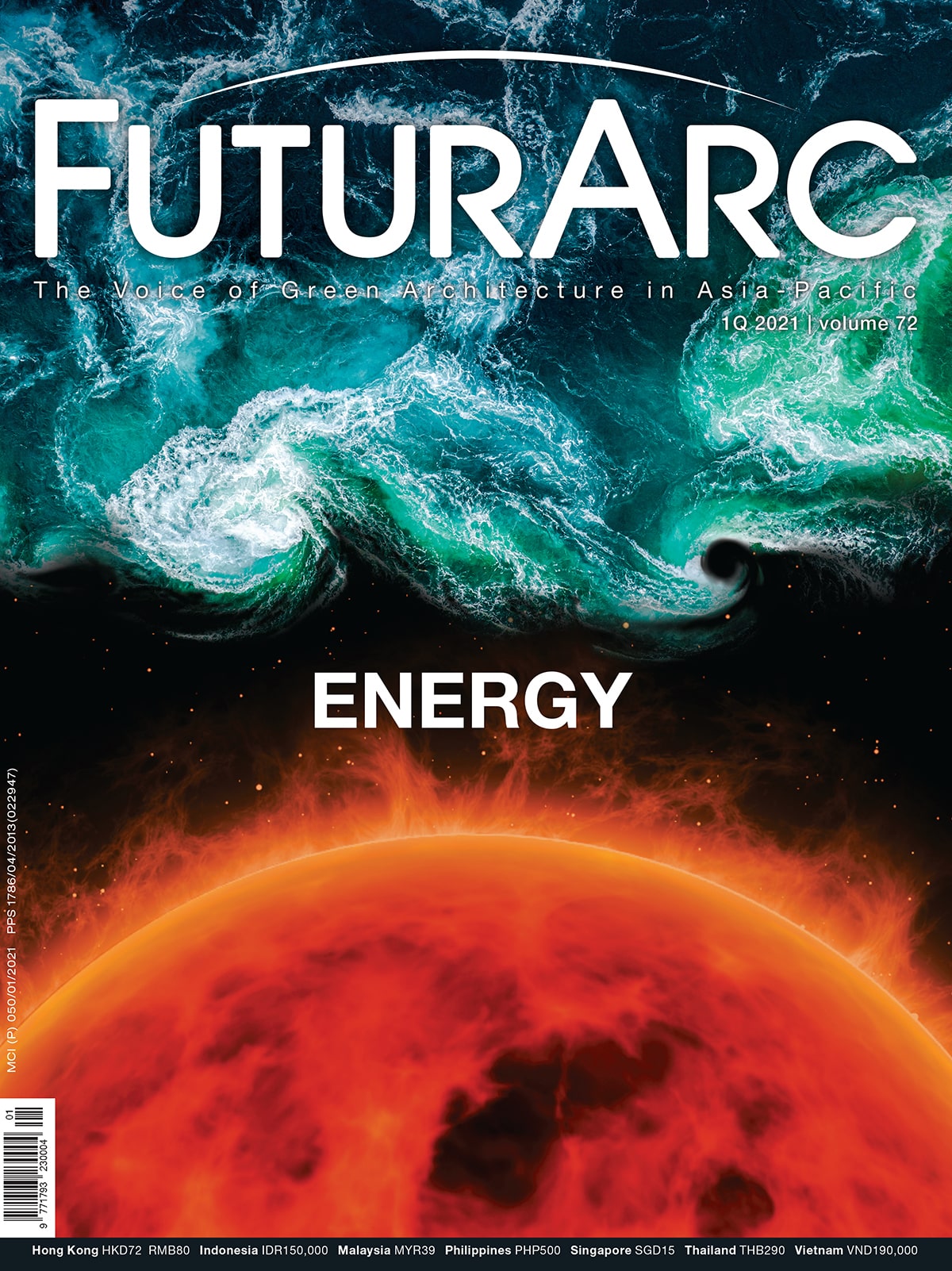 The first rule of energy is to use less. The building sector emits an excess of 30 per cent of all global greenhouse emissions. And so, for nations to reach the targets of the Paris Agreement, it must become more efficient, stay cool and reduce demand. In the pages ahead we see examples of passively cooled architecture in India (Integrated Production Facility for Organic India), Singapore (Reaching Energy Targets) and Taiwan ROC (Sky Green). There are also super-efficient buildings in the Philippines (A Carbon Neutral Skyscraper) and Singapore (SMU Connexion).

With the emissions question, however, lowering consumption is not enough. The building sector must also actively decarbonise. And this has several implications.

To start, there needs to be a shift towards reliance on renewable energy, preferably sourced on-site. We are seeing more solar panels on roofs and façades. Decarbonisation also calls for new materials and construction methods. The SMU Connexion, for example, is the first net-zero energy building that uses compressed laminate timber, a material with low embodied energy, i.e., energy to source, manufacture and assemble.

With decarbonisation, some developers expand the canvas and look for off-site solutions. For instance, the Arthaland Century Pacific Tower (ACPT), a carbon neutral skyscraper, procures hydroelectric power instead of fossil-based energy. Some might say this is a cop-out, that a building should do all it needs to do on-site. But is it? Asian cities have high densities; with today’s technology, it is practically impossible for tall buildings to produce enough renewable energy on-site to meet their needs. Here, we solve the carbon challenge by tackling a wider systemic scale.

The question of where and how renewable energy is produced and stored is the next frontier of urban planning. The article on water suggests the ground is shifting on how this may be done (Water Becomes the New Crude and Other Things). Imagine the islands of Indonesia or the Philippines with large swaths of floating solar farms within territorial waters.

Why hasn’t this happened yet? Well, mostly because we are too invested in the fossil economy, so much so that our mindsets have become obstacles to change. Gregers Reimann does a great job of unpacking these mindsets and laying out a pathway that includes everything from electric cars to healthy buildings (Steering Clear of Catastrophe: Solutions from the Built Environment). What he reveals is that the question of energy is more than the size of solar installations. It can also shape how buildings and cities evolve with, say, electric cars and densely vegetated neighbourhoods. The pursuit of zero carbon creates an impetus for liveable and healthy cities.

And with that, it seems, we have even less reason not to act. Happy reading.